Boats of the world

from the stone age to medieval times 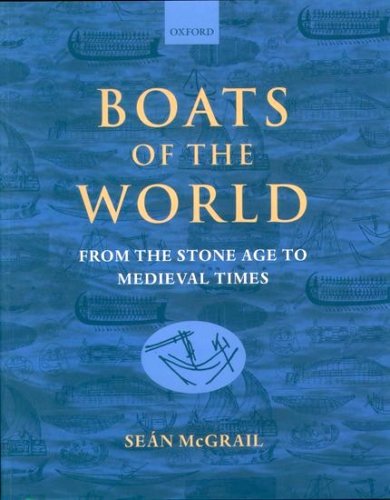 Boats of the world

from the stone age to medieval times

Descrizione Dettagli
Maritime archaeology, the study of man's early encounter with the rivers and seas of the world, only came to the fore in the last decades of the twentieth century, long after its parent discipline, terrestrial archaeology, had been established. Yet there were seamen long before there were farmers, navigators before there were potters, and boatbuilders before there were wainwrights. In this book Professor McGrail attempts to correct some of the imbalance in our knowledge of the past by presenting the evidence for the building and use of early water transport: rafts, boats, and ships. Professor McGrail presents a history of water transport as it has developed over millennia, from before 40,000 BC to the mid-second millennium AD. The coverage is world-wide: from the Baltic and North Seas to the Bay of Bengal and the Tasman Sea; and from the Gulf of Mexico to the China Seas and the Baring Strait.
Autore
McGrail Sean
Ean / Isbn
978019927186
Pagine
504
Data pubblicazione
08/01/2004