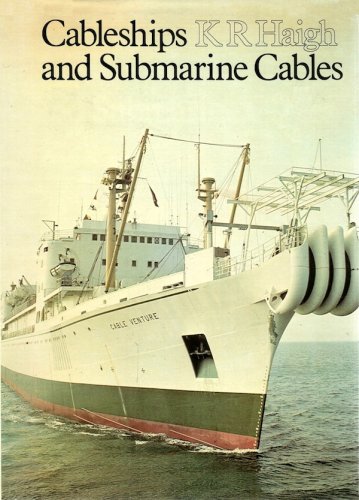 Descrizione Dettagli
The publication of this second, revised edition of Cableships and Subrnarine Cables has been sponsored by the Subrnarine Systems Division of Standard Telephones and Cables Limited. STC is the only British supplier of submarine telecommunications systems and one of thc very few organisations in the world with the totai capabiIity for such systems. With its predecessor companies, STC has been engaged in the business of developing, manufacturing and supplying cables, equipment and systems for over 120 years - Ionger than any other çornpany in the world. Throughout this time the company has been a pioneer, be it in the development of the world's submarine relegraph network during the Iatter part of the nineteenth century or in roday's and romorrow's submarine telephone systems offering high grade transmission over intercontinenral distances. Since 1950 STC has supplied more than 80,000 nautical miles of cable and 5,800 submerged repeaters for 76 individuaI systems for which it has been solely responsible. It has also supplied a further 23,000 nautical miles of cable and 62 repeaters against twelve conrtacts in which it has participated with other rnanufacturers. The company has s~vera l tcchnical firsts to its credit, including the first polyethyIene submarine cable (1939); the first rigid repeater (1954); the first transatlantic telephone cable laid (1956); the first transistorised repeater ( 1964); as well as first systems of larger and larger capacities. Recent achievements include the supply of the world's largest capacity system, capable of transmitting colour television pictures in either direction and, simultaneously, 1800 telephone conversarions. All the systems are designed for trouble-free operation over a period of 25 years on the sea bed. Many of them will thus be fulfilling communications needs in the 21 st century.
Autore
Haigh Kenneth R.
Ean / Isbn
978000000067
Pagine
464
Data pubblicazione
04/11/1978