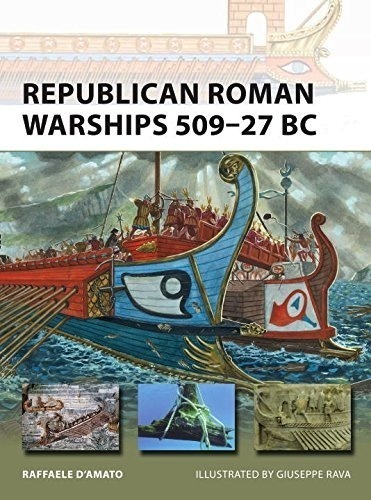 Descrizione Dettagli
The birth of the mighty Roman Navy was anchored in the Romans' extraordinary ability to absorb and perfect the technology of other states and empires. Indeed, during the clash of the great Mediterranean powers in the Punic Wars of the 3rd century, Rome had little or no naval force to speak of, just a humble fleet of the tiny Etruscan Aphraktoi, and it was the Carthaginians who reigned supreme at sea. Yet in a remarkably short space of time, the Romans at first copied, and then surpassed the superior Carthaginian maritime technology, incorporating designs such as the corvus (boarding bridge). Before long, the Cartaginians had been decisively smashed, paving the way for Rome to become the dominant naval power in the Mediterranean for the next seven centuries. This is the story of the design, development and operation of the Republican Roman warship in the age of the conquest of the Mediterranean, from the first Roman naval adventure of 394 BC and the Punic Wars, to Pompey's operations against the Cilician Pirates and Caesar's victorious naval campaigns in Armorica, concluding with the consolidation of the Mediterranean Sea as Mare Nostrum with the battle of Actium in 31 BC. Archaeological photography, including those of exciting new finds, such as the Roman warship rostra (rams) found in the Aegates Islands, accompany lavish artistic reconstructions in illustrating the ships of the first Roman navy.
Autore
D'Amato Raffaele, Rava Giuseppe
Ean / Isbn
978147280827
Pagine
48
Data pubblicazione
22/09/2015