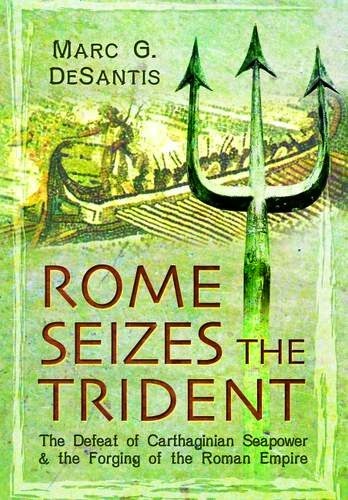 Descrizione Dettagli
Seapower played a greater part in ancient empire building than is often appreciated. The Punic Wars, especially the first, were characterized by massive naval battles. The Romans did not even possess a navy of their own when war broke out between them and the Carthaginians in Sicily in 264 B.C. Prior to that, the Romans had relied upon several South Italian Greek cities to provide ships in the same way as its other allies provided soldiers to serve with the legions. The Romans were nevertheless determined to acquire a navy that could challenge that of Carthage. They used a captured galley as a model, reverse engineered it, and constructed hundreds of copies. The Romans used this new navy to wrench maritime superiority from the Carthaginians, most notably at the Battle of Ecnomus where they prevailed through the use of novel tactics. Although not decisive on its own, Rome's new found naval power was, as Marc De Santis shows, a vital component in their ultimate victory in each of the three Punic Wars.
Autore
De Santis Marc C.
Ean / Isbn
978147382698
Pagine
256
Data pubblicazione
30/09/2015