Ship of gold in the deep blue sea 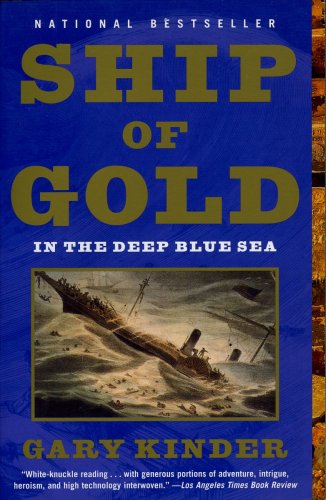 Ship of gold in the deep blue sea

Descrizione Dettagli
Ship of Gold tells the story of the sinking of the SS Central America, a side-wheel steamer carrying nearly six hundred passengers returning from the California Gold Rush, two hundred miles off the Carolina coast in September 1857. Over four hundred lives and twenty-one tons of California gold were lost. It was the worst peacetime disaster at sea in American history, a tragedy that remained lost in legend for over a century. In the 1980s, a young engineer from Ohio set out to do what no one, not even the United States Navy, had been able to do: establish a working presence on the deep-ocean floor and open it to science, archaeology, history, medicine, and recovery. The SS Central America became the target of his project. After years of intensive efforts, Tommy Thompson and the Columbus-America Discovery Group found the SS Central America in eight thousand feet of water, and in October 1989 they sailed into Norfolk with her recovered treasure: gold coins, bars, nuggets, and dust, plus steamer trunks filled with period clothes, newspapers, books, and journals. Gary Kinder tells this extraordinary tale of history, human drama, heroic rescue.
Autore
Kinder Gary
Ean / Isbn
978037570337
Pagine
552
Data pubblicazione
01/11/1998