Ships and seafaring in ancient times 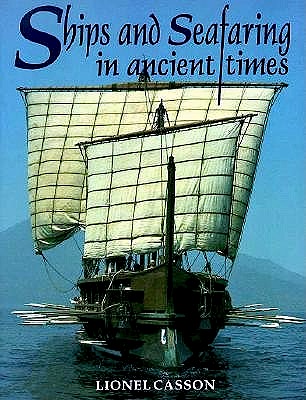 Ships and seafaring in ancient times

Descrizione Dettagli
Ever since the earliest travelers took to the water on reed rafts or inflated goatskins, ships and boats have played a paramount role in the history of the Western world. The invention of the sail about 3500 BC resulted in ever faster and more efficient water transport, and the great civilizations of Egypt, Greece, and Rome depended on ships and seafarers for their prosperity. This entertaining book by the world's foremost authority on ancient seamanship traces the development of the boat from the most primitive craft to the powerful warships of the Greeks, the huge Roman merchant vessels, and the slender galleys of the Vikings. Professor Casson shows how the discoveries of marine archaeologists and recent experiments with full-size replicas of ancient boats have increased our knowledge of the way in which ships were built and used. Drawing upon written accounts and contemporary artistic depictions of naval battles, trading expeditions, and other voyages, he brings the world of seafaring in ancient times vividly to life.
Autore
Casson Lionel
Ean / Isbn
978071411735
Pagine
160
Data pubblicazione
01/01/1994