Ships and seamanship in the ancient world 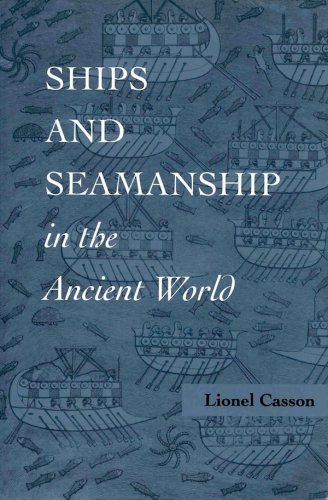 Ships and seamanship in the ancient world

Descrizione Dettagli
Lionel Casson's encyclopedic study is the first of its kind to use underwater archaeological data to refine and area of scholarship that had, for the most part, relied on ancient texts and graphic representations. Tracing the history of early ships and seamanship from pre-dynastic Egypt to the Roman empire, from skiffs and barges to huge oared warships and royal yachts, Casson describes not only the ships themselves, but also the make-up and training of the crews, placement of weaponry, how cargo was stored, methods of navigation, harbor facilities, and the ways ships were named.
Autore
Casson Lionel
Ean / Isbn
978080185130
Pagine
500
Data pubblicazione
01/11/1995