a history of carrier aviation and its influence on world events 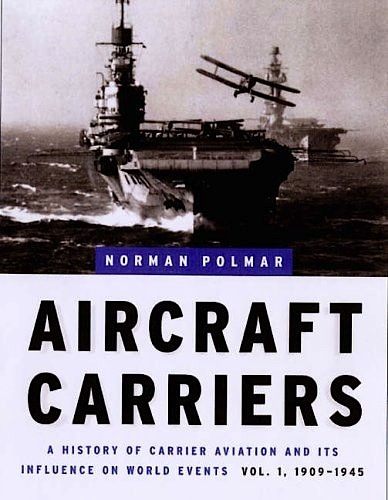 a history of carrier aviation and its influence on world events

Descrizione Dettagli
Aircraft Carriers is the definitive history of world aircraft carrier development and operations. Norman Polmar's revised and updated, two-volume classic describes the political and technological factors that influenced aircraft carrier design and construction, meticulously records their operations, and explains their impact on modern warfare. Volume I provides a comprehensive analysis of carrier developments and warfare in the first half of the twentieth century, and examines the advances that allowed the carrier to replace the battleship as the dominant naval weapons system. Polmar gives particular emphasis to carrier operations from World War I, through the Japanese strikes against China in the 1930s, to World War II in the Atlantic, Mediterranean, Arctic, and Pacific theatres. It begins with French inventor Clément Ader's remarkably prescient 1909 description of an aircraft carrier. The book then explains how Britain led the world in the development of aircraft-carrying ships, soon to be followed by the United States and Japan. While ship-based aircraft operations in World War I had limited impact, they foreshadowed the aircraft carriers built in the 1920s and 1930s. The volume also describes the aircraft operating from those ships as well as the commanders who pioneered carrier aviation. Aircraft Carriershas benefited from the technical collaboration of senior carrier experts Captain Eric M. Brown and General Minoru Genda as well as noted historians Robert M. Langdon and Peter B. Mersky. Aircraft Carriers is heavily illustrated with more than 400 photographs, some never before published, and maps.
Autore
Polmar Norman
Ean / Isbn
978157488663
Pagine
576
Data pubblicazione
30/09/2006