from Dreadnoughts to hydrogen bombs 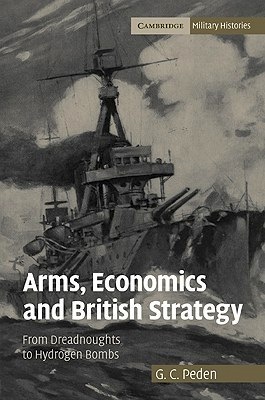 from Dreadnoughts to hydrogen bombs

Descrizione Dettagli
This book integrates strategy, technology and economics and presents a new way of looking at twentieth-century military history and Britain's decline as a great power. G. C. Peden explores how from the Edwardian era to the 1960s warfare was transformed by a series of innovations, including dreadnoughts, submarines, aircraft, tanks, radar, nuclear weapons and guided missiles. He shows that the cost of these new weapons tended to rise more quickly than national income and argues that strategy had to be adapted to take account of both the increased potency of new weapons and the economy's diminishing ability to sustain armed forces of a given size. Prior to the development of nuclear weapons, British strategy was based on an ability to wear down an enemy through blockade, attrition (in the First World War) and strategic bombing (in the Second), and therefore power rested as much on economic strength as on armaments.
Autore
Peden George C.
Ean / Isbn
978052110838
Pagine
400
Data pubblicazione
01/06/2009