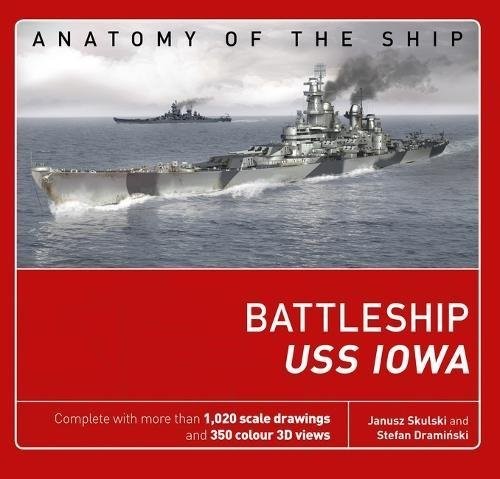 Descrizione Dettagli
USS Iowa (BB-61) was the lead ship in one of the most famous classes of battleships ever commissioned into the US Navy. Transferred to thePacific Fleet in 1944, the Iowa first fired her guns in anger in the Marshall Islands campaign, and sunk her first enemy ship, the Katori. The Iowa went on to serve across a number of pivotal Pacific War campaigns, including at the battles of the Philippine Sea and Leyte Gulf. It ended the war spending several months bombarding the Japanese Home Islands before the surrender in August 1945. After taking part in the Korea War, the Iowa was decommissioned in 1958, before being briefly reactivated in the 1980s as part of President Reagan's 600-Ship Navy Plan. After being decommissioned a second and final time in 1990, the Iowa is now a museum ship in Los Angeles. This new addition to the Anatomy of the Ship series is illustrated with contemporary photographs, scaled plans of the ship and superb 3D illustrations which bring this historic battleship to life.
Autore
Skulski Janusz, Draminski Stefan
Ean / Isbn
978147282729
Pagine
320
Data pubblicazione
23/01/2020