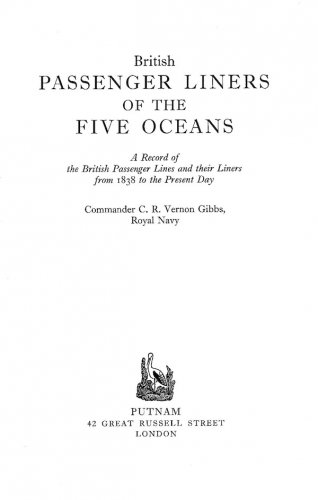 Descrizione Dettagli
This is an historical survey of all the British passenger-carrying liners-more than 1300 of them that have plied from British and North American ports, and across the Pacific, since the days when the first large companies were formed. The establishment and development of every pioneer steamship company is traced out, and thus there emerges a detailed survey of the modern liner and its employment. The book depicts the rapid spread of regular British services, from the first steam 'pathfinders', until they reached New Zealand and crossed the Pacific, finally ousting sail. In its exhaustive cataloguing of all ships employed, with a 'biography' of each, it forms an important work of reference; the historical and geographical background is perceptively observed, and the book also becomes an exciting story of great pioneering, in which designers, engineers, financiers and seamen all played their parts. Many rare photographs and drawings illustrate every class of ship.
Autore
Gibbs Vernon
Ean / Isbn
978000000071
Pagine
572
Data pubblicazione
04/06/1964