Decision in the Atlantic

the allies and the longest campaign of the second World War 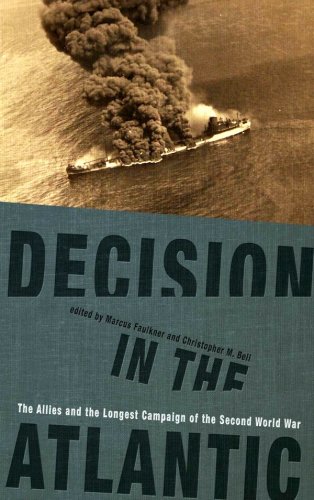 Decision in the Atlantic

the allies and the longest campaign of the second World War

Descrizione Dettagli
The Battle of the Atlantic was the longest campaign of the Second World War. This volume highlights the scale and complexity of this bitterly contested campaign, one that encompassed far more than just attacks by German U-boats on Allied shipping. The team of leading scholars assembled in this study situates the German assault on seaborne trade within the wider Allied war effort and provides a new understanding of its place within the Second World War. Individual chapters offer original perspectives on a range of neglected or previously overlooked subjects: how Allied grand strategy shaped the war at sea; the choices facing Churchill and other Allied leaders and the tensions over the allocation of scarce resources between theaters; how the battle spread beyond the Atlantic Ocean in both military and economic terms; the management of Britain's merchant shipping repair yards; the defense of British coastal waters against German surface raiders; the contribution of air power to trade defense; antisubmarine escort training; the role of special intelligence; and the war against the U-boats in the Arctic and Pacific Oceans.
Autore
Faulkner Marcus
Ean / Isbn
978194966800
Pagine
322
Data pubblicazione
17/05/2019