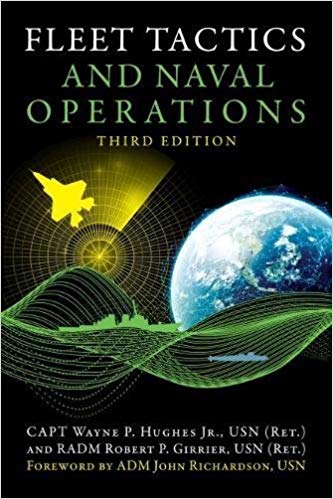 Descrizione Dettagli
The revised edition of this indispensable work still covers battle tactics at sea from the age of fighting sail to the present, with emphasis on trends (factors that have changed throughout history), constants (things that have not changed), and variables (things pertinent to each individual battle). Fleet Tactics and Naval Operations continues to emphasize combat data, including how hitting and damage rates and maneuvering have been conducted to achieve an advantage over the centuries. The third edition highlights the current swift advances in unmanned vehicles, artificial intelligence, cyber warfare in peace and war, and other effects of information warfare, and how they are changing the ways battles at sea will be fought and won. It also describes how the interaction between naval operations, wartime campaigns, and coalition tactics have affected war at sea, with special emphasis on the U.S. Navy. It also points out the growing connection between land and sea in littoral combat.
Autore
Hughes Wayne, Girrier Robert
Ean / Isbn
978168247337
Pagine
408
Data pubblicazione
15/06/2018