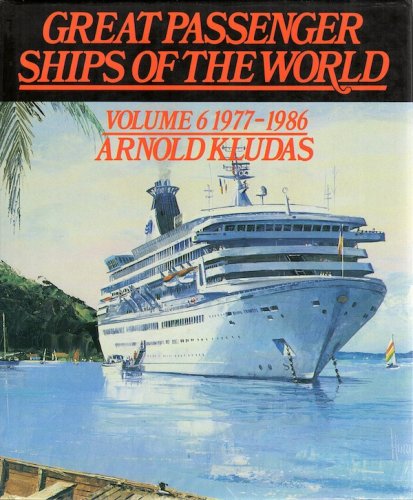 Descrizione Dettagli
Since publication was completed in 1976 of the original five volumes in Arnold Kludas's Great Passenger Ships ofthe World series, thousands of shipping enthusiasts throughout the world have come to regard it as the reference work on passenger ships of over 10,000 gross tons. They have also eagerly anticipated this follow-up sixth volume, which not only updates the earlier five volumes but also covers alI new passenger vessels of over 10,000 GRT built since 1977. 'The original five volumes mirrored the changing face of deep-sea passenger shipping from the mid-nineteenth century until its monopoly was finally broken by the jet liner. By 1976 the role of the large passenger carrier had almost completely changed from that of packet to cruise ship, while large car-carrying ferries (many of them exceeding 10,000 gross tons) were also then coming off the stocks. Each of the ships' 'biographies' in this new volume sets out technical and historical data in chronological order of date of building and includes alI those ships which had come into service by 1976, and which are stili in use, as well as those vessels delivered after that date. The book therefore forms a detailed record of the world's current passengerfleets, with each vessel fully descr'ibed and illustrated. Two appendices link the work with the five earlier volumes. The first lists those ships, with histories to date, which are stili afloat but no longer seagoing as passenger carriers, or which have had their gross tonnage reduced below 10,000. The second appendix covers ships which, since 1976, have been either broken up or wrecked, again giving histories to update the respecrive 'biographies' in the earlier volumes. Arnold Kludas is an eminent German maritime historian who is the librarian of the Deutsches Shiffahrtsmuseum in Bremerhaven. He was formerly a technical engineer in a Hamburg shipyard and maritime consultant to a large German publishing company. His sixvolume series comprises a detailed reference source to passenger vessels built since 1858 that, quite simply, has no rival.
Autore
Kludas Arnold
Ean / Isbn
978085059747
Pagine
192
Data pubblicazione
01/01/1986