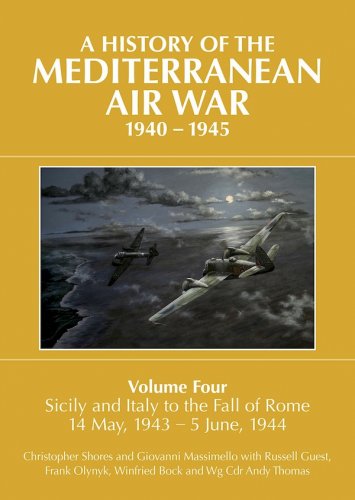 Descrizione Dettagli
The fourth volume in this momentous series commences with the attacks on the Italian island fortress of Pantellaria which led to its surrender and occupation achieved almost by air attack alone. The account continues with the ultimately successful, but at times very hard fought, invasions of Sicily and southern Italy as burgeoning Allied air power, now with full US involvement, increasingly dominated the skies overhead. The successive occupations of Sardinia and Corsica are also covered in detail. This volume, then, is essentially the story of the tactical air forces up to the point when Rome was occupied, just at the same time as the Normandy landings were occurring in north-west France. In its pages are found what can justifiably be considered the story of the soldiers' air force'. Frequently overlooked by more immediate newsworthy events elsewhere, their struggle was often of an equally Homeric nature. With regards to the long-range tactical role of the Allied heavy bombers, only the period from May to October is examined herein, while they remained based in North Africa. Thus the period from November 1943 when the US 15th Air Force was formed to pursue the strategic air offensive against the Reich, together with the RAF's 205 Group of night bombers, will be covered in a future (sixth) volume. Volume Five will deal with the rest of the tactical war in Italy and Greece, over the Adriatic and Aegean, and with the entry into the South of France to join forces advancing southwards from Normandy.
Autore
Shores Christopher, Massimello Giovanni, Guest Russell, Olynyk Frank, Bock W.
Ean / Isbn
978191162110
Pagine
696
Data pubblicazione
04/11/2018