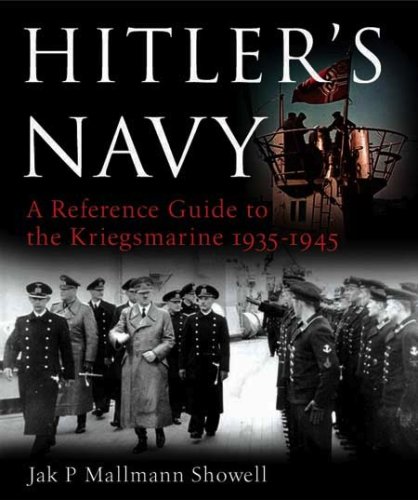 Descrizione Dettagli
The German Navy, both before the War and throughout the years of fighting, was heavily outnumbered by the navies of Great Britain and the United States; nonetheless, it proved to be serious thorn in the sides of its adversaries. The U-boat war in the North Atlantic threatened the very liberation of Europe, while the major warships posed a constant threat to the Allied shipping lanes. This important reference book is an indispensable guide to the ships, organisation, command and rank structure, and leaders of the Kriegsmarine, and helps explain why it was such a potent force. A detailed text, augmented by photos, maps and diagrams, studies the German Navy from the Treaty of Versailles to the collapse of the U-boat offensive and the demise of the Third Reich. After covering the background organisation and naval bases, the author gives detailed descriptions of all the classes of ship from the battleships to motor torpedo boats and minesweepers. The officers and sailors are covered along with their uniforms and awards and insignia. Biographies of notable personalities and a chronology of the main naval events are included, as well as appendices and a select bibliography. Based on the author's 1979 title The German Navy in World War Two, this is a classic work of reference for a new generation of readers.
Autore
Showell Mallmann Jak P.
Ean / Isbn
978184832020
Pagine
226
Data pubblicazione
19/03/2009