the autobiography of admiral of the fleet Vicount Cunningham of Hyndhope 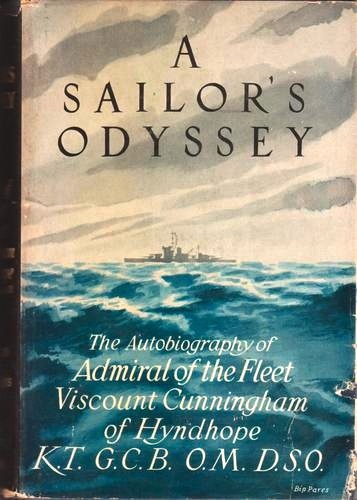 the autobiography of admiral of the fleet Vicount Cunningham of Hyndhope

Descrizione Dettagli
Preface. I allowed myself to be persuaded into setting down this record of my life somewhat against my own will and judgment. My main reasons for yielding to the suggestion were because I wished to do justice to those under whom I served and from whom I learnt so much in my earlier years at sea, and also to pay a deserved tribute to those many who I later had the honour and privilege to command in the Mediterranean and elsewhere. Further, before memory became dimmed by the passage of time, I was anxious to describe what I saw of the part played by the Royal Navy in the two great wars of the present century which lasted in all for more than ten years. I do not claim that this book provides any serious contribution to history. But it so happened that during my naval service of nearly fifty years my ways have sometimes impinged upon events that are historic, while in later times circumstances ordained that I should become associated with many of those in whose hands history was being shaped. In describing the years of war I have kept as closely as possible to those matters with which, and in which, the Navy was primarily concerned and engaged. Moreover, as nearly as may be, I have tried to concentrate upon that portion of the Navy with which I happened to be serving. It has naturally been impossible altogether to exclude mention of the other Services, and I trust that I have sufficiently emphasized the fact, often forgotten, that success in war cannot be attributed to any single Service. Each one is helpless without the closest and most loyal co-operation with the other two. This applies equally to our two great Sea Services. In war the Royal and the Merchant Navies have always been interdependent and indivisible.
Autore
Cunningham Andrew Browne
Ean / Isbn
978000000029
Pagine
720
Data pubblicazione
01/11/1951