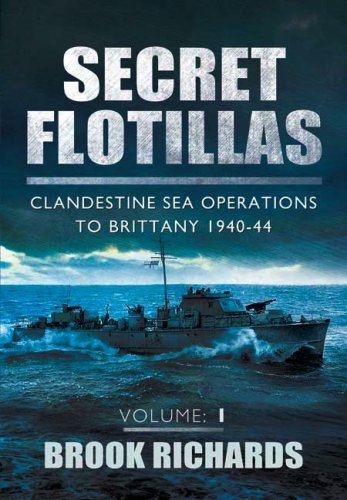 Descrizione Dettagli
As the fall of France took place, almost the entire coastline of Western Europe was in German hands. Clandestine sea transport operations provided lines of vital intelligence for wartime Britain. These "secret flotillas" landed and picked up agents in and from France, and ferried Allied evaders and escapees. This activity was crucial to the SIS (Secret Intelligence Service) and the SOE (Special Operations Executive). This authoritative publication by the official historian, the late Sir Brooks Richards, vividly describes and analyses the clandestine naval operations that took place during WWII. The account has been made possible through Sir Brooks' access to closed government archives, combined with his own wartime experiences and the recollections of many of those involved. First published in 1996, the original edition included descriptions of naval operations off French North Africa. The history has now been amended and expanded by Sir Brooks and is now published in two volumes. This first volume concentrates on the sea lines to Brittany.
Autore
Richards Brook
Ean / Isbn
978178159080
Pagine
392
Data pubblicazione
05/11/2012