the remarkable story of battleship Nevada 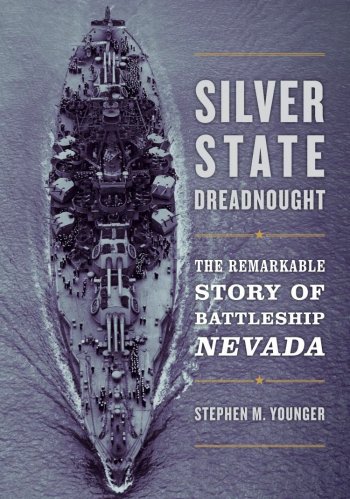 the remarkable story of battleship Nevada

Descrizione Dettagli
USS Nevada (BB36) was America’s first modern battleship. When her keel was laid in 1912, kings and emperors still ruled much of the world. When she finally slipped beneath the waves in 1948, America was the undisputed global superpower. Nevada was revolutionary for her time: the first “superdreadnought;” the first U.S. warship to be oil-fired; the first to have a triple-gun main turret; and, the first to have all-or-nothing armor. In World War I, she was based in Queenstown, Ireland, to provide protection for American convoys bringing troops to Europe. She survived the naval reduction treaties of the 1920s and was rebuilt in 1928 with the latest technology. The only battleship to get underway at Pearl Harbor, Nevada suffered damage from Japanese bombs and torpedoes and sank in shallow water. Raised and repaired, she did convoy duty in the North Atlantic before joining the invasion fleet for D-Day and the landings in Southern France. Shifting to the Pacific, Nevada provided bombardment support at Iwo Jima and Okinawa. The end of the war saw her outgunned and outmoded, but her contributions were not over. In 1946, she survived not one but two atomic tests, the second of which left the battleship too radioactive for scrapping.  On a sunny day in 1948, Nevada was towed off the coast of Oahu and used for target practice. After five days of pounding by everything the Navy could throw her, Nevada was dispatched by a torpedo. She died a warrior’s death. Silver State Dreadnought is the story of a remarkable ship, but it is also the story of the remarkable men who sailed in her. Nevada’s first captain, William S. Sims, brought his unique style of leadership to America’s premiere battleship and set the tone for what became known as the “Cheer Up Ship.” As Nevada aged, the ship gained the affectionate name “The Old Maru,” beloved by all who served in her.
Autore
Younger Stephen M.
Ean / Isbn
978168247289
Pagine
320
Data pubblicazione
15/11/2018