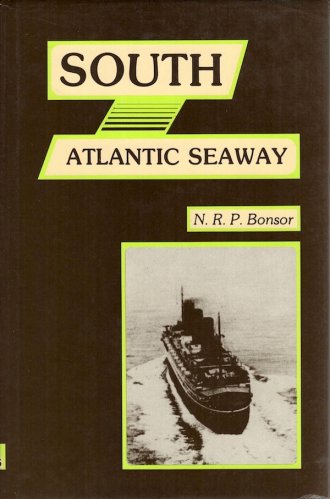 Descrizione Dettagli
Rather surprisingly, South Atlantic sea way is the first comprehensive book devoted to the passenger lines and liners running from Europe to Brazll, Uruguay and Argentina. Seventy-one lines have been deemed to merit a chapter and fieet Iist, but il is a sad thought that only one of them, the Costa Line, is still running a multi-passenger service between the Old World and these countries of the New, and even their sailings are not very frequent. The reason, of course, is that the steamship and motorship have been eclipsed by the aeroplane. South Atlantic sea way contains about 150 Illustrations of ships, together with indexes of ships and Iines, a chronological list of ship losses and a Iist of the largest ships, 14,000 tons and over. Over 30 of the 71 lines have also run North· Atlantic services, which are dealt with fully in one of the five volumes of North Atlantic sea way, by the same author.
Autore
Bonsor N.R.P.
Ean / Isbn
978090582406
Pagine
548
Data pubblicazione
04/11/1983