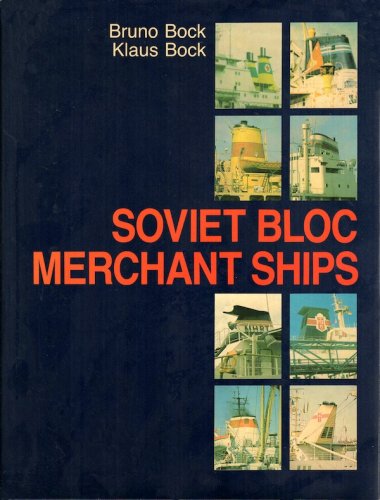 Descrizione Dettagli
Over the last decade and a hall, the Soviet Union has built one of the foremost merchant fIeets in the world. By mid-1980, this fleet ranked ninth in the world in deadweight tonnage and fifth in number of ships. Its fishing fleet has been the world's largest for quite some time. The USSR's East European satellites, organized in the Council lor Mutual Economic Assistance (COMECON), have contributed greatly to the growth of the Soviet merchant marine. The merchant fleets of the COMECON countries are growing at a rate twice as last as all the remaining tonnage engaged in world ocean trade combined. It is mainly the vastly different conditions under which this expansion is taking piace that have caused Western shipping interests to protest so strongly and have generated such great interest in the COMECON fleets. Here, for the first time, is an up-to-date guide that covers all of the countries whose merchant fleet activities are controlled and directed by the Soviet Union through COMECON. All of the data that the authors have been collecting and publishing since 1955 has been updated and coordinated with other international handbooks and registers, including the Shipping Register of the USSR, to produce the most comprehensive study of Soviet merchant shipping ever published. In addition to a generous collection of photos and an unparalleled set of profile line drawings of the major ships of each country, the book includes data on engine power, cargo capacity, refrigeration units, passenger accommodations, and hatch and loading gear capabilities. For container ships, ro/ro vessels, and ferries, information has been included on the container or vehicle capacity. The rapid expansion of the COMECON merchant fleets is proof of Eastern Europe's, and particularly tha Soviet Union's, drive to control more of the world's maritime transportation. It is also a reflection of the premise that merchant ships are essential, not incidental, parts of sea power. Soviel Bloc Merchant Ships is an indispensable reference for Western observers concerned with freedom of the world's sea lanes.
Autore
Bock Bruno, Bock Klaus
Ean / Isbn
978071060143
Pagine
270
Data pubblicazione
04/11/1981