Strike from the sea

the development and deployment of strategic cruise missiles since 1934 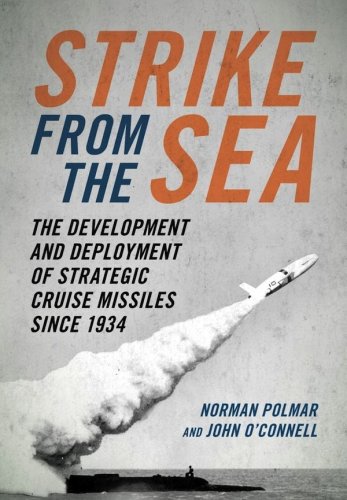 Strike from the sea

the development and deployment of strategic cruise missiles since 1934

Descrizione Dettagli
The cruise missile, also referred to as a guided missile, is a widely employed tactical and strategic weapon, capable of striking ground or ship targets with conventional or nuclear warheads. Before the development of ballistic missiles for attacking an enemy’s territory, the U.S. and Soviet strategic arsenals had land-attack cruise missiles to deliver nuclear warheads. Subsequently, the U.S. and Soviet Navies, as? ?well? ?as? ?other? ?fleets, developed tactical anti-ship and anti-submarine cruise missiles. Strike from the Sea addresses the U.S. Navy’s Regulus missile program, the world’s first submarine weapon for attacking an enemy homeland with a nuclear warhead, and the similar Soviet Navy’s cruise missile efforts. Prior to Regulus a few of the world’s submarines had deck guns that were employed for assaulting coastal targets; indeed, the British built a class of “submarine monitors” with large-caliber guns for attacking coastal targets. The U.S. Navy’s rapid and successful development of the Polaris Submarine-Launched Ballistic Missile (SLBM) and budgetary constraints caused the cancellation of advanced submarine-launched cruise missiles, the Regulus II as well as the follow-on Rigel and Triton. Submarines armed with the Regulus I missile continued on patrols in the North Pacific until mid-1964, when they were replaced on the “deterrent” role by Polaris missile submarines.  The Soviet Navy continued the development and deployment of anti-ship cruise missiles, which retained some land-attack capabilities.
Autore
Polmar Norman, O'Connell John
Ean / Isbn
978168247389
Pagine
240
Data pubblicazione
30/09/2020