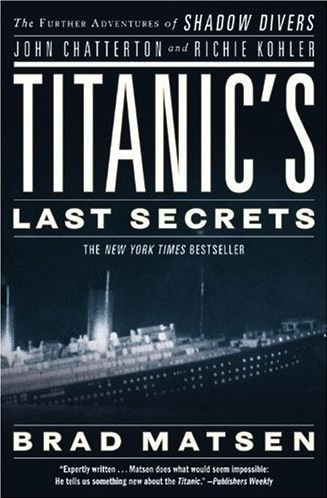 Descrizione Dettagli
An experienced writer on maritime subjects chronicles the further adventures of John Chatterton and Richie Kohler (see Robert Kurson’s Shadow Divers, 2004). Now distinguished underwater archaeologists, they investigate a novel theory about why the Titanic sank so rapidly. With the help of dives on the wreck and several experts on the ship and her fate, they bolster suspicions that it and its sibling liners were structurally weak, too large for the standard shipbuilding techniques of the day. Whether they wholly convince the reader, their research is impressively thorough and their prose clear. Furthermore, they offer vivid accounts of the golden age of shipbuilding, of relations among the three men (Lord Pirrie, Bruce Ismay, and Thomas Andrews) who created the Titanic and sealed her doom, and of the pleasures and perils of underwater archaeology. Those who pick this up in anticipation of the centennial of the sinking should be enthralled.
Autore
Matsen Brand
Ean / Isbn
978044658204
Pagine
336
Data pubblicazione
06/10/2009