North Africa and the allied path to victory 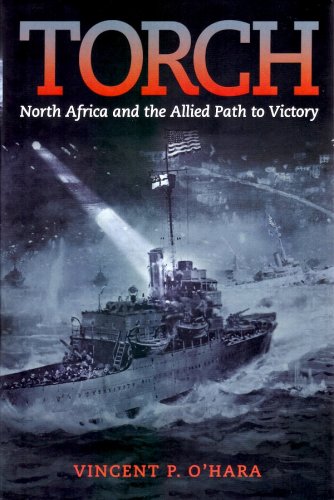 North Africa and the allied path to victory

Descrizione Dettagli
World War II had many superlatives, but none like Operation Torch—a series of simultaneous amphibious landings, audacious commando, and paratroop assaults, and the Atlantic’s biggest naval battle, fought across a two thousand mile span of coastline in French North Africa. The risk was enormous, the scale breathtaking, the preparations rushed, the training inadequate, and the ramifications profound. Torch was the first combined Allied offensive and key to how the Second World War unfolded politically and militarily. Nonetheless, historians have treated the subject lightly, perhaps because of its many ambiguities. As a surprise invasion of a neutral nation, it recalled German attacks against countries like Belgium, Norway, and Yugoslavia. The operation’s rationale was to aid Russia but did not do this. It was supposed to get Americans troops into the fight against Germany but did so only because it failed to achieve its short-term military goals. There is still debate whether Torch advanced the fight against the Axis, or was a wasteful dispersion of Allied strength and actually prolonged the war. Torch: North Africa and the Allied Path to Victory is a fresh look at this complex and controversial operation. The book covers the fierce Anglo-American dispute about the operation and charts how it fits into the evolution of amphibious warfare. It recounts the story of the fighting, focusing on the five landings—Port Lyautey, Fédala, and Safi in Morocco, and Oran and Algiers in Algeria—and includes air and ground actions from the initial assault to the repulse of Allied forces on the outskirts of Tunis. Torch also considers the operation’s context within the larger war and it incorporates the French perspective better than any English-language work on the subject. It shows how Torch brought France, as a power, back into the Allied camp; how it forced the English and the Americans to work together as true coalitions partners and forge a coherent amphibious doctrine. These skills were then applied to subsequent operations in the Mediterranean, in the English Channel, and in the Pacific. The story of how this was accomplished is the story of how the Allies brought their power to bear on the enemy’s continental base and won World War II.
Autore
O'Hara Vincent
Ean / Isbn
978161251823
Pagine
384
Data pubblicazione
15/09/2015