Toward a new maritime strategy 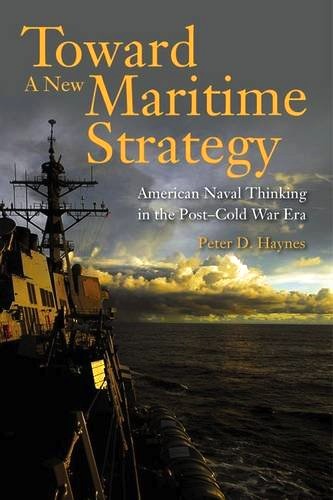 Toward a new maritime strategy

Descrizione Dettagli
Toward a New Maritime Strategy examines the evolution of American naval thinking in the post-Cold War era. It recounts the development of the U.S. Navy's key strategic documents from the fall of the Berlin Wall in 1989 to the release in 2007 of the U.S. Navy's maritime strategy, A Cooperative Strategy for 21st Century Seapower. This penetrating intellectual history critically analyzes the Navy's ideas and recounts how they interacted with those that govern U.S. strategy to shape the course of U.S. naval strategy. The book explains how the Navy arrived at its current strategic outlook and why it took nearly two decades to develop a new maritime strategy. Haynes criticizes the Navy's leaders for their narrow worldview and failure to understand the virtues and contributions of American sea power, particularly in an era of globalization. This provocative study tests institutional wisdom and will surely provoke debate in the Navy, the Pentagon, and U.S. and international naval and defense circles.
Autore
Haynes Peter D.
Ean / Isbn
978161251852
Pagine
304
Data pubblicazione
15/07/2015