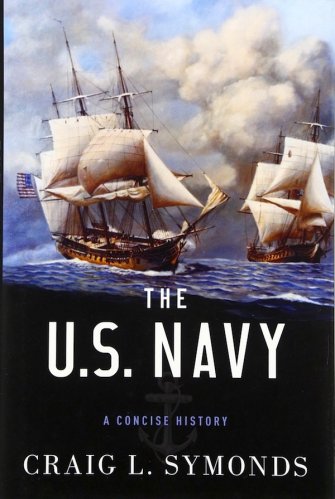 Descrizione Dettagli
This fast-paced narrative traces the emergence of the United States Navy as a global power from its birth during the American Revolution through to its current superpower status. The story highlights iconic moments of great drama pivotal to the nation's fortunes: John Paul Jones' attacks on the British in the Revolution, the Barbary Wars, and the arduous conquest of Iwo Jima. The book illuminates the changes, technological, institutional, and functional, of the U.S. Navy from its days as a small frigate navy through the age of steam and steel to the modern era of electronics and missiles. Historian Craig L. Symonds captures the evolving culture of the Navy and debates between policymakers about what role the institution should play in world affairs. Internal and external challenges dramatically altered the size and character of the Navy, with long periods of quiet inertia alternating with rapid expansion emerging out of crises. The history of the navy reflects the history of the nation as a whole, and its many changes derive in large part from the changing role of the United States itself.
Autore
Symonds Craig L.
Ean / Isbn
978019939494
Pagine
148
Data pubblicazione
30/11/2016