US passenger liners since 1945 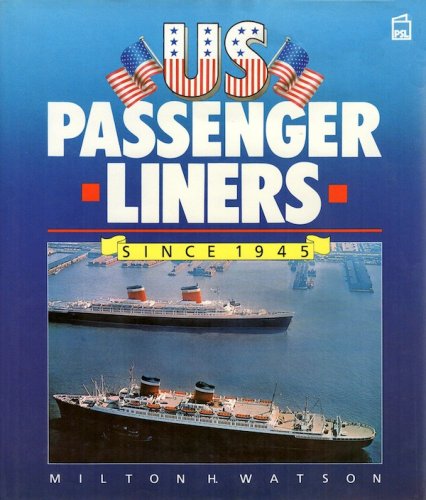 US passenger liners since 1945

Descrizione Dettagli
The story of American passenger liners spanning the years since the Second World War is one of dramatic contrast. In their day many of the olderestablished companies were amongst the great names of maritime history, Eastern Steamship, Grace Line, Matson and United States Lines amongst them. Other, newer companies are at the forefront of the modern cruise industry, carrying their vacationing passengers along the coasts and inland waterways of North America, or cruising to Pacific, Caribbean and Arctic locations. Some of the most recent newcomers are still little more than twinkles in the eyes of entrepreneurs anxious to capture a part of the small but extremely lucrative American cruise market. The ships themselves also include a wide range of types reflecting the changing and varied requirements of the sailing public since the war. Best known of all is perhaps the celebrated Blue Riband holder United States, and a special series of photographs is included here illustrating her construction in 1950-51, photographs which were not released for over ten years, so 'hush-hush' was the project. At over 53,000 tons and with accommodation for 2,000, she was very different from today's intimate and luxurious cruise ships, which sometimes cater for fewer than 50 passengers. The listings of post-war American-owned and/or American-flagged passenger ships are accompanied by a history of each of the more than 50 owning companies featured. With 200 photographs, deck plans, menusand daily programmes, this book provides not only a detailed registerand service history of the vessels, but also a fascinating overview of the far-reaching changes that have I transformed the American passenger shipping industry over the past 40 years. Milton Watson lives and works in New York and has been fascinated by ships from an early age. He is a member of the World Ship Society and the Steamship Historical Society of America, and has travelled extensively by ship around the world.
Autore
Watson Milton H.
Ean / Isbn
978185260054
Pagine
224
Data pubblicazione
04/11/1988